We had the weirdest weather in 2016.  Record breaking droughts, all time high temperatures in the early early spring, spring temperatures in June.  Then fast forward to fall, record highs that pretty much skipped all my favorite cool weather. But thankfully Mother Nature did not disappoint and gave us some amazing fall temperatures in December. You know the normal times like Christmas day and the 4 days following, when you ask that the air conditioning be turned on.  I can’t even begin to tell you how many times I rolled my eyes and flat out stopped listening to the weather forecast.  BUT these unseasonable temperatures allowed us to do some fun activities with our kiddos.  One of which was using the fire pit that Josslyn has been beyond intrigued with for the past year.

Matt and I decided it would be fun to light a fire in the fire pit and roast marshmallows for s’mores.  If you recall Josslyn is three, sigh, and boy is she THREE.  And she has the patience of a three year old, so that’s not saying much.  The biggest challenge we faced was going to be getting the fire started in a timely manner.  Enter the Pine Mountain ExtremeStart firestarter.  Shew thats a mouth full, say that 10 times really fast 😉 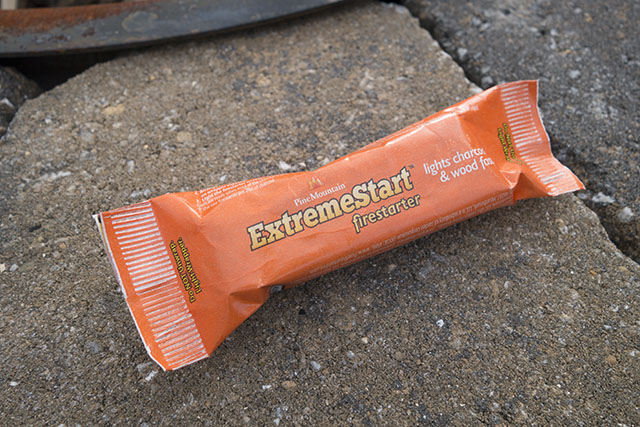 The ExtremeStart is able to burn for 20+ minutes and once the initial ignition product burns off it’s safe for food. The best news is that it had our fire ready to go in 20 minutes! 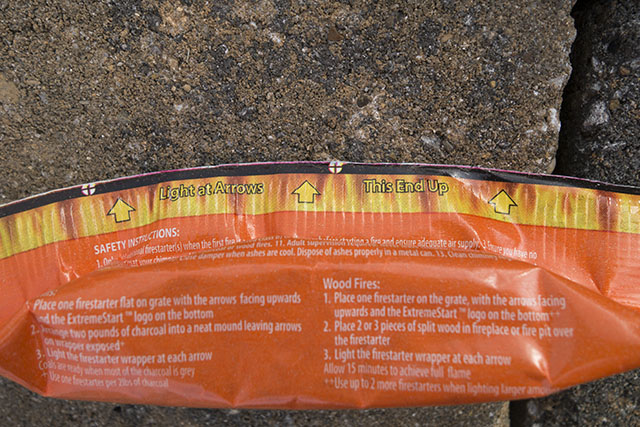 I loved the ExtremeStart for a few reasons.  1. I didn’t have to touch anything but the outside wrapper, YAY! 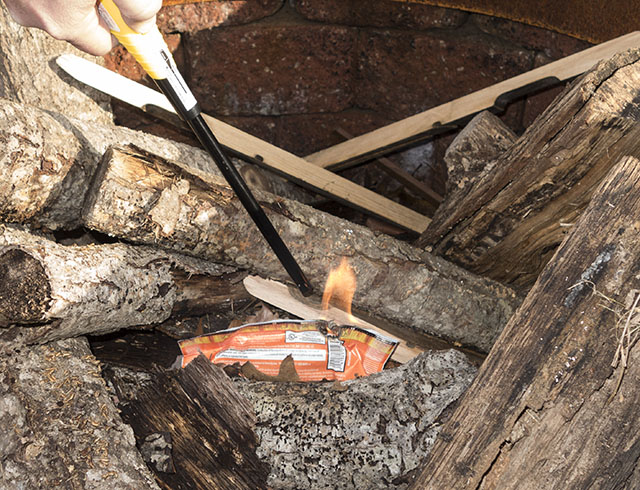 2.  Lighting your ExtremeStart is “Jacque Proof”.  The instructions are clear and only having to light the packaging on fire in three different places made for a fast fire! 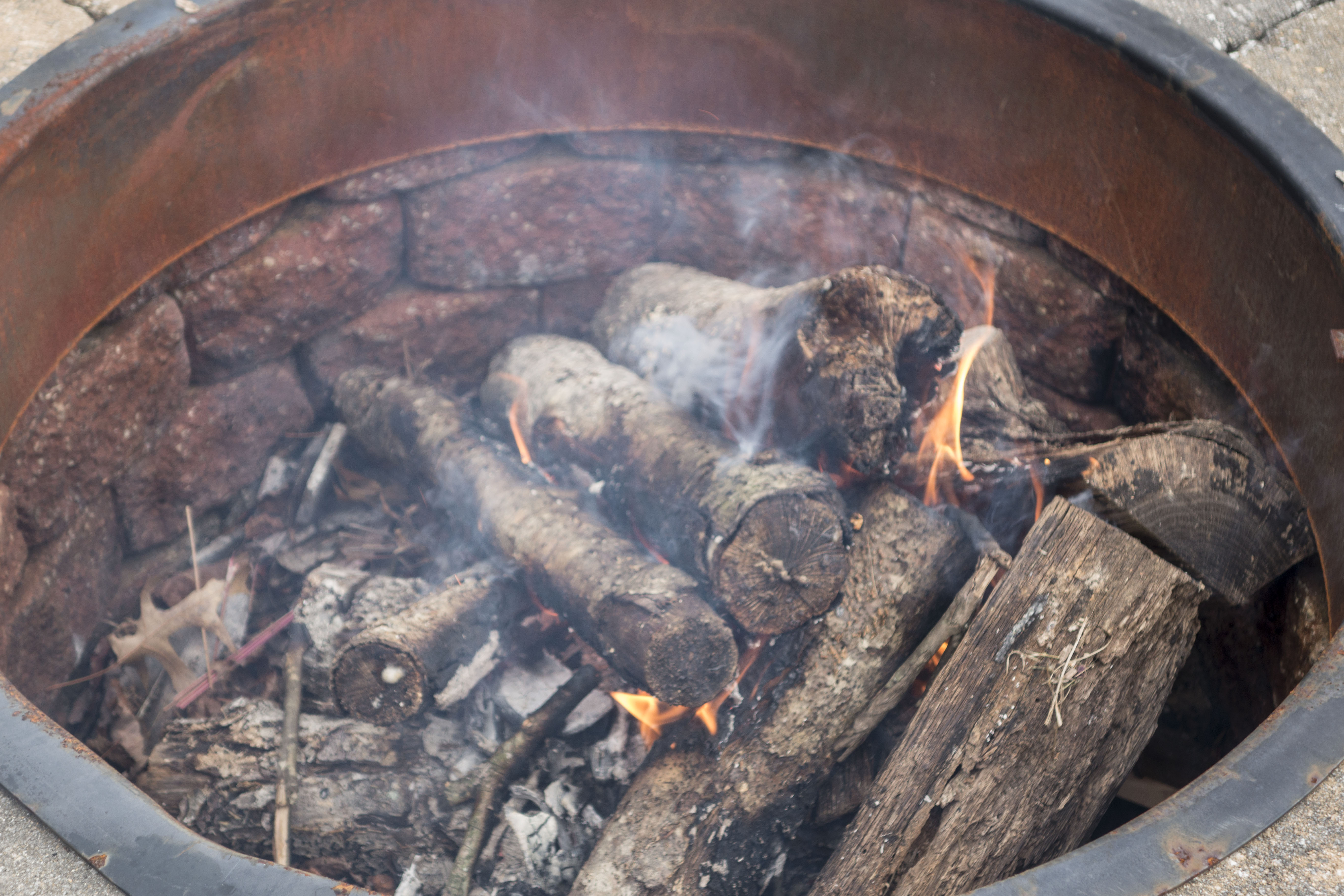 The fire was ready just about the same time that Josslyn was done being distracted by Grandma and the swing.  Shew, dodged a bullet on that one.  Perfect timing! 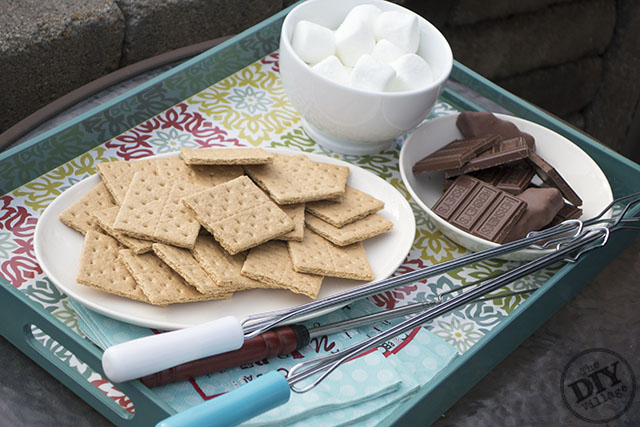 And word of warning don’t bring the goodies out until you are certain you are ready to start roasting!  Three year olds do not like this obvious temptation. Okay, I shouldn’t just say three year olds. 38 year olds like chocolate and graham crackers too!

Josslyn let me help her get her marshmallow on the poker. But sadly the first marshmallow was a total loss, it caught fire and dropped into the pit.  Thank goodness I had plenty of back ups, this could have been a total melt down moment. 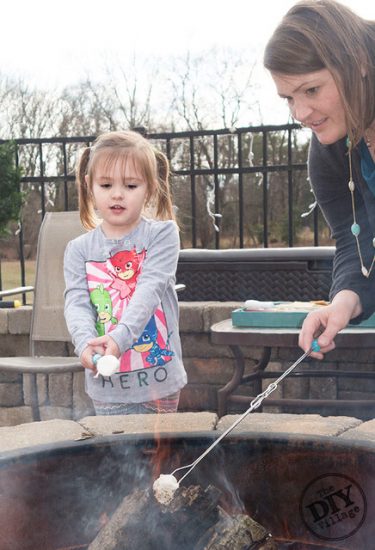 After we roasted a few marshmallows I let her give it a go on her own.  This time there were no flaming marshmallows involved. 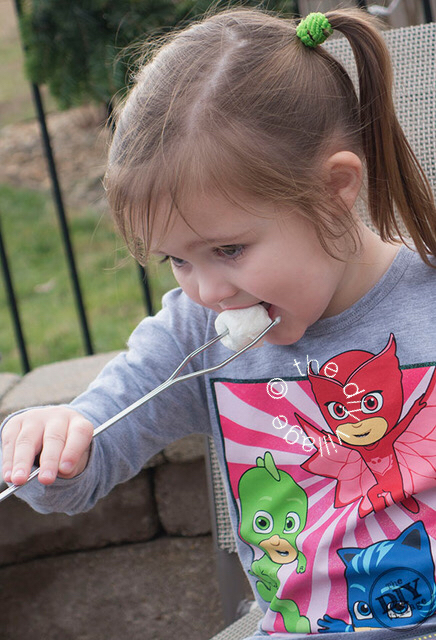 But she wasn’t in the mood for waiting for me to grab some chocolate and graham crackers.  Who can blame her? 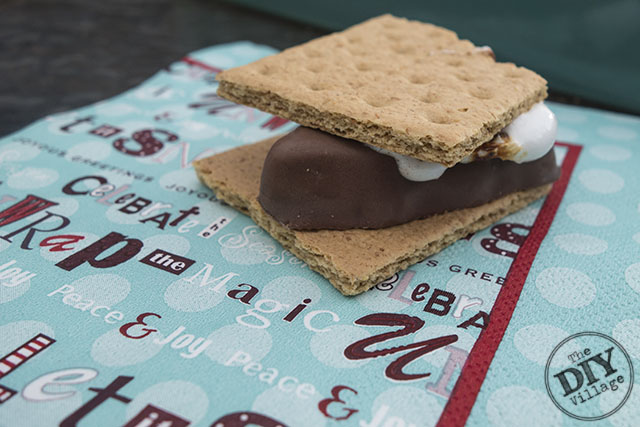 I roasted third marshmallow and made her a s’mores.  And she wanted nothing to do with it, haha! 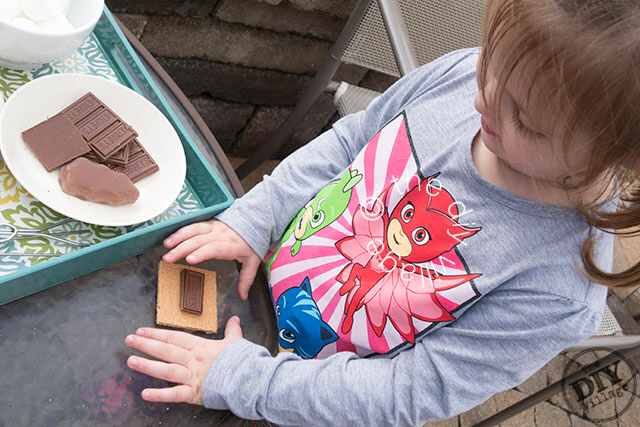 We asked her what she wanted and basically she wanted the chocolate but settled for chocolate on a graham cracker. 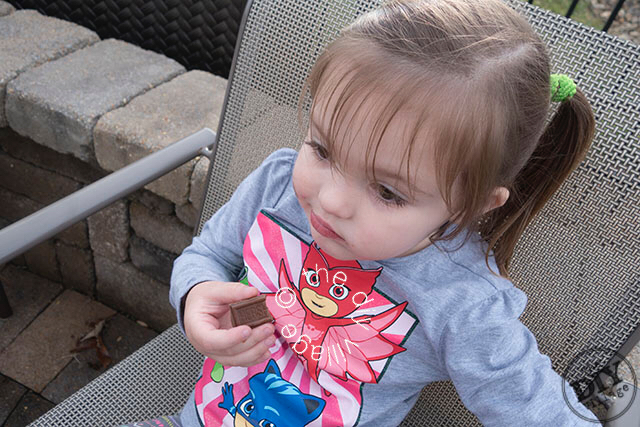 But she never actually at the graham cracker, just the chocolate.  Man is she a hot mess.  Good strategy on her part, tho. 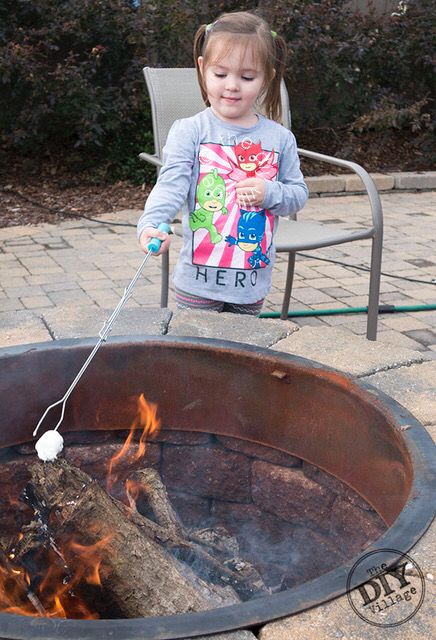 She finally talked us into a 2nd marshmallow with chocolate bar chaser.  Totally cracks me up!  The will is strong with this one.  I am so happy that the weather was cool enough for the fire pit & ExtremeStart, but not so cold we can’t hang out and enjoy the outside!

ExtremeStart is safe to use in fire pits, charcoal grills, and fireplaces!  In my book that versatility makes it our number one choice.

To learn more about Pine Mountain and their awesome products: